After our Tuscany stop, our cruise ship headed to three cities that we consider some of the best places to visit in French Riviera, each providing a unique experience.

The French Riviera (Cote d’Azur) is the Mediterranean coastline of the southeast corner of France. There is no official boundary, but it is usually considered as extending from Cassis or Toulon on the west to Menton at the France-Italy border in the east, where the Italian Riviera joins. The region is an established holiday destination, with paths connecting many coastal villages and towns.

Here are some of the highlights of the three city ports we visited.

Our first stop at the French Riviera was the Principality of Monaco, a semi-enclave within the region, surrounded on three sides by France and fronting the Mediterranean.

Monaco was the only port in our whole Western Mediterranean Cruise itinerary where our ship had to be off the shore due to limitations on the number of large vessels that the port can handle. As such, Viking Star used tenders to transport people to and from the port.  The process took longer than usual as it was windy and the waters were relatively rough. However, we were amazed at how skillfully and calmly the crew managed the whole operation and got everyone onshore and back to the ship safely.

Upon arriving onshore, we were met by our knowledgeable local tour guide who took us to a leisurely walk around the neighbourhood of Monaco-Ville. We passed by Chemin des Pecheurs, admiring the beauty of the Mediterranean, back-dropped by the spectacular view of The Rock, a 62-meter monolith.

We then headed up the cliff through escalators until we reached the Oceanographic Museum at the top of the cliff. It was inaugurated in 1910 by Monaco’s Prince Albert I who devoted most of his life to oceanography.

Along Avenue Saint-Martin, we passed by the residences of Princess Caroline and Princess Stephanie. At the end of the avenue is St. Nicholas Cathedral, the burial site of the royal family, and where the wedding of Prince Rainier III with American actress-turned-princess Grace Kelly took place.

After spending some time taking in the view of the Cathedral and the surrounding areas, we headed to the Prince’s Palace, passing through some of the streets of Monaco’s Old Town. We reached the Palace’s main square just in time for the daily changing of the guards. It was a pleasant experience, although not as grand as Buckingham’s. If you want to see this, you have to be at the square at least 15-20 minutes before noon to get a good spot. 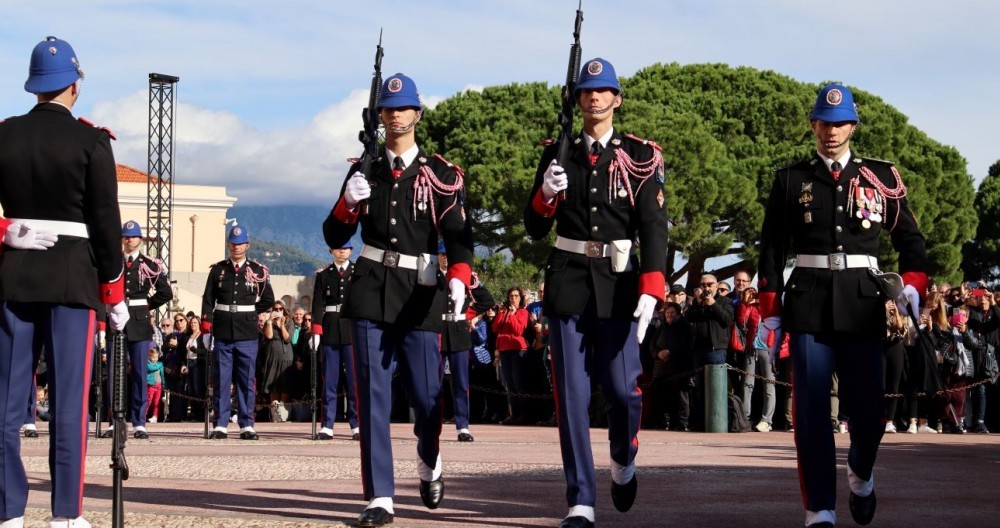 From the square, we enjoyed a panoramic view of Monte Carlo with its famed casino and streets that transform into a circuit for the Formula 1 Monaco Grand Prix that has been running in May of each year since 1950.  JR, a huge fan of Formula 1, can only wish that he can go back and join the rich and famous to experience an actual race.

With about an hour left before we had to head back to the ship, we meandered through the alleys to get a feel of Old Town Monaco.

Our next port was Marseille, France’s oldest city, nestled between the Mediterranean and hills of limestone. Our cruise had an included onshore excursion, a relaxed drive through the port’s historic city.

Our scenic tour started with our tour bus taking us through the Vieux Port (or Old Port) area, where the Greeks landed in 600 BC. It is now surrounded by a yacht marina and dotted with stylish hotels, waterfront cafes and seafood restaurants.

Our ride along the Corniche du President John Fitzgerald Kennedy had lovely views of islands offshore, the shimmering Mediterranean coastline and the beautiful houses and buildings lining up the corniche.

We headed up the hill overlooking the Old Port and Frioul archipelago, navigating through narrow streets until we reached the imposing Notre-Dame de la Garde. The church is a neo-Byzantine construction studded with beautiful mosaics and murals, built on top of a Romanesque crypt.

We then drove back to Quai du Port, where the bus dropped us off in front of the city’s old Town Hall for our usual free time. We spent more than an hour in the port area, taking pictures and admiring the various items at the Christmas market.

We also found the Marseille soap that is in Zen’s must-buy list in one of the department stores nearby and ended up grabbing more than just a few bars.

Our last stop in France was the port city of Sete, the gateway to the bustling city of Montpellier.

Montpellier is about 10 kilometres inland from the coast of the Mediterranean. It has been a center of learning for centuries and home to the Montpellier University, one of the world’s oldest, even predating the Rennaissance.

Sete is the port city, also known as “the Venice of the Languedoc.” Located on a thin strip of land, Sete received its name from the many canals that crisscross it, linking the Mediterranean to the enclosed salt-water lagoon of Ethang du Thau.

The city has an unpretentious atmosphere, a contrast from the other resorts in southern France. We decided to take the scenic city walk tour rather than venture out to Montpellier attractions due to the limited time our ship is stopping.

We met our tour guide at the pier ashore and walked along Sete’s main canal. We learned that Sete (being a fish port) is a destination for seafood-loving gourmets. You can feel the strong cultural identity of this city and its inhabitants in the churches, art galleries and other public buildings along the quay.

During the usual free time, we enjoyed the opportunity for leisurely shopping and strolling along, before we headed back to the ship for the next and final stage of our cruise which we will cover in another post.

The French Riviera was the second leg our Western Mediterranean Cruise.  The region offers so much more and deserves another visit to further explore. But the three cities in our itinerary provided us with varied sights, differing atmospheres and unique experiences. Loved it!

We hope our post gave you a peek at the best places to visit in this area and we welcome your thoughts and comments. If you have been there, you may likewise wish to share your experience.

How To Experience Tuscany – A 2 Day Cruise Stop

Where to Stay in Vancouver – A Range of Options